Today would have been Jackie Robinson’s 93rd birthday.

We are still have much to learn from you.

Columnist George Will wrote an article about Jackie:

“Like many New Yorkers leaving home for work on April 15, 1947, he wore a suit, tie and camel-hair overcoat as he headed for the subway. To his wife he said, ‘Just in case you have trouble picking me out, I’ll be wearing number 42.’

No one had trouble spotting the black man in the Dodgers’ white home uniform when he trotted out to play first base at Ebbets Field. Suddenly, only 399, not 400, major league players were white. Which is why 42 is the only number permanently retired by every team.”

Prejudice comes in many ways. We most often think of prejudice in terms of race. The story of Jackie Robinson is one of moving past prejudice, but it started with the prejudice created by what we see. Jackie told part of this story in his autobiography in 1972:

I know you’re a good ballplayer, he (Branch Rickey) barked. “What I don’t know is whether you have the guts.”

Before I could react to what he had said, he leaned forward in his chair and explained.

I wasn’t just another athlete being hired by a ball club. We were playing for big stakes. This was the reason Branch Rickey’s search had been so exhaustive. The search had spanned the globe and narrowed down to a few candidates, then finally to me. When it looked as though I might be the number-one choice, the investigation of my life, my habits, my reputation, and my character had become an intensified study.

“I’ve investigated you thoroughly, Robinson,” Mr. Rickey said. “we can’t fight our way though this, Robinson. We’ve got no army. There’s virtually nobody on our side. NO owners, no umpires, very newspapermen. And I’m afraid that many fans will be hostile. We’ll be in a tough position. We can only win if we can convince the world that I’m doing this because you’re a great ballplayer and a fine gentleman.”

He had me transfixed as he spoke. I could feel his sincerity, and I began to get a sense of how much this major step meant to him. Because of his nature and his passion for justice, he had to do what he was doing. He continued. The rumbling voice, the theatrical gestures, were gone he was speaking from a deep, quiet strength.

“SO there’s more than just playing.” He said. “I wish it meant only hits, runs, and errors – only the things they put in the box score. Because you know – yes, you would know, Robinson, that a baseball box score is a democratic thing. It doesn’t tell how big you are, what church you attend, what color you are, or how your father voted in the last election. It just tells what kind of baseball player you were on that particular day.”

I interrupted. “But it’s the box score that really counts – that and that alone, isn’t it?”

Jackie Robinson was an ordinary man with a talent for baseball.

He is remembered for being extraordinary not only in what the box score revealed but for the man he was before and after the game.

What if our lives we were judged by our box score? 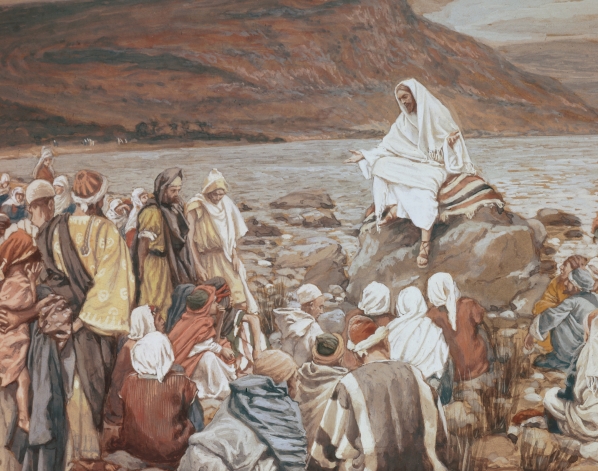 57 As they were walking along the road, a man said to him, “I will follow you wherever you go.”

We didn’t walk to Galilee tonight, but we thought about it.  Thirty minutes from our destination by the shore of the Sea of Galilee we ran into completely stopped traffic.  An accident had stopped all traffic.  We waited in traffic … going no where.  Darkness setting in all around us interrupted only by the red brake lights.  We are worn out by 24 hours of travel and a jump ahead in time of seven hours.  We know that a nice bed and a warm meal is waiting for us at the hotel – we need only be patient.

Following Jesus is much easier when the comforts of the world await you at the end of the day.  I think Jesus wanted his Disciples to be prepared for those moments when comfort and pleasure were not available.

Our comforts and needs are taken care of … even in a traffic jam … the timeless truths of Jesus will be on display in the place aptly called the Fifth Gospel – the Holy Land.

The disciples and a group of over a hundred wanted to know what they should do.  Jesus had returned from the tomb, spent time with them, and then gave them strange instructions — wait.  I have often wondered what that must have been like — waiting in the Upper Room.  Waiting in anticipation of that which they knew nothing about.

What did they do? What did they talk about?  Did they have any idea what they were waiting for? Were they anxious? nervous?

So, here we sit waiting to board a plane to go to Jerusalem.

Waiting. Wondering. Anxious.
We talk nervously. We eat lunch.
We wonder about all that we see and all that we will do.
We make small talk.

Perhaps we are not that different from the disciples of old.

I can’t wait to share with you all that we will see and experience.

But that will have to wait … we wont arrive in Israel until tomorrow evening.

So until then we are once again … waiting … anticipating.

So pull up a chair … and wait with us.